This update brings a few bug fixes that I've been working on over the past month, plus a couple of quality-of-life improvements. Enjoy!

This update brings the ability to create external links in stat blocks, a better upload experience, and a new way to import individual monsters/spells from large JSON/XML files! Enjoy! Nothing to see here, just a tiny update to fix some critical bugs before the weekend. Enjoy! 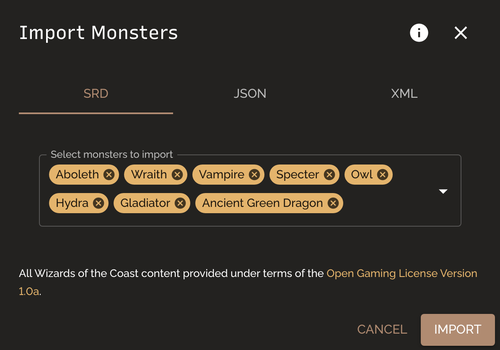