This is a special week for Hopin.

Six months ago, there were only a few thousand Hopin users.

This week we hit an important milestone.

To celebrate this moment, we are preparing our top lessons and tips for event organizers. We'll be sharing this on our blog later this week. Look for it soon!

Well, whether we have one hundred users or one hundred million users, we're always working hard to push out features and product updates for you every week.

Here's what is new for this week.

1. Specify who can vote in polls.

When creating a poll inside your event, you now have the option to restrict voting in a given poll to certain ticket types. See the GIF below.

This means if you only wanted a certain group of people to be able to vote, say, board members, for example, then you can designate only the Board Member ticket type to have voting privileges.

Also, you might’ve noticed that you can hide poll results so that only organizers can see them (poll results were always public, until now). This benefits organizers who may want to create anticipation for a scheduled “reveal” of the poll results mid-event!

We added the ability to export all poll data from your event dashboard. 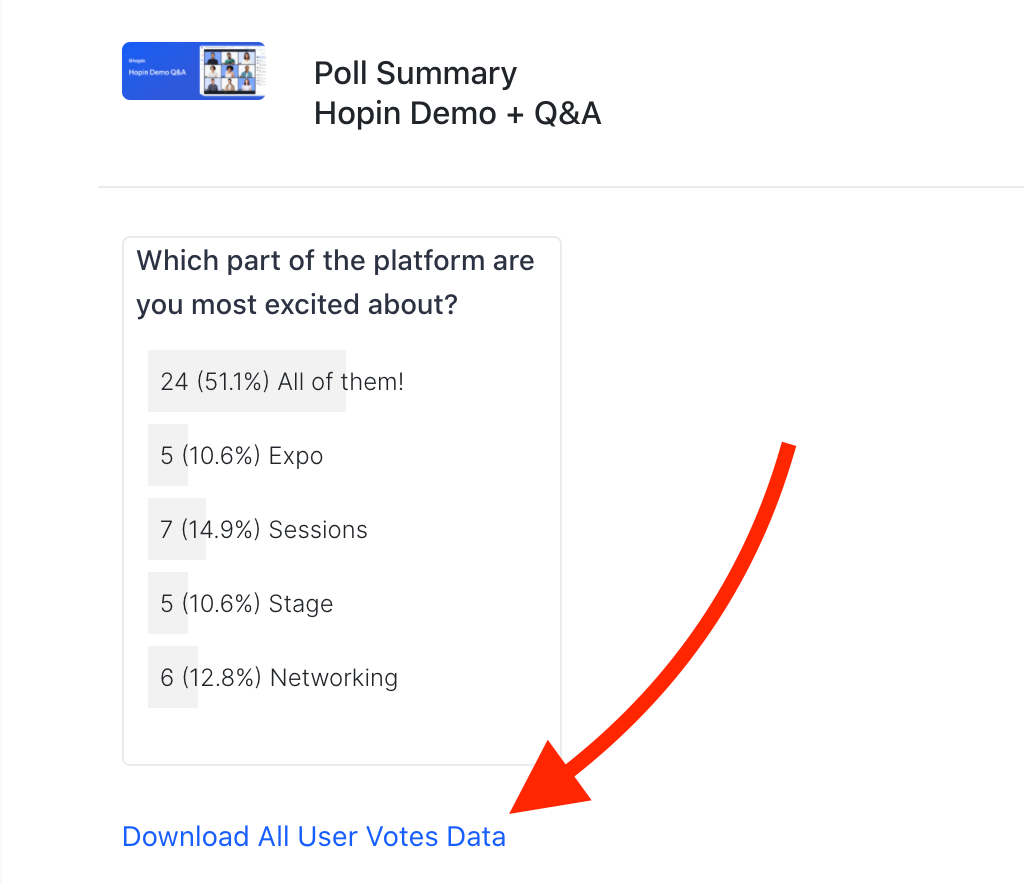 Session streams are now fixed to a 16:9 aspect ratio for optimal viewing experience. Previously, the session video layout could crop streams, which in some cases, would cut out important details, especially if someone was using a virtual webcam. Here's what it looks like now:

Additionally, the minimized streams (after double-clicking to maximize one screen) now appear below the enlarged stream instead of beside it.

4. It's easier to create an organization in Hopin

The "Create organization" form is now an onboarding step after signing up through our website so it's faster to get straight to creating events. 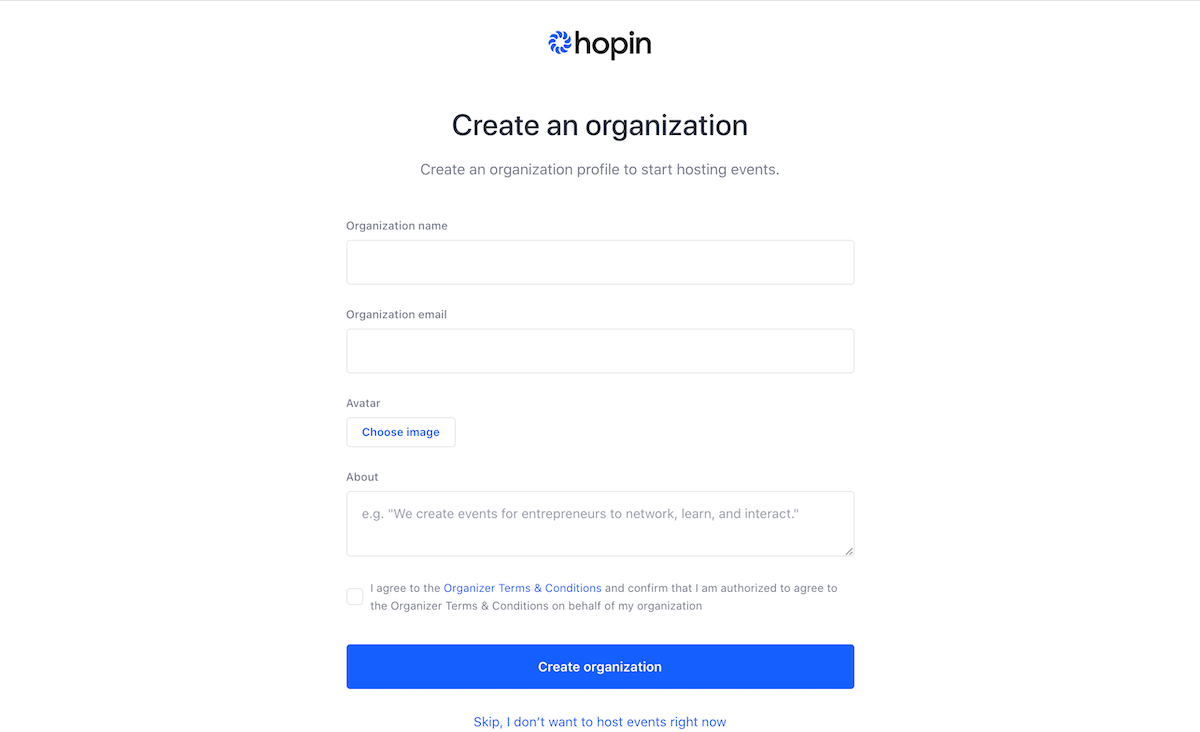 5. SSO is ready for enterprise accounts as a paid add-on

This may only affect a few of you but it's worth pointing out where the single sign-on interface is located, just in case your company purchases it as an extra security layer for your Hopin organization.

To all our amazing organizers who host brilliant events, thank you. It's surreal to think that the same number of people who comprise the population of Austin, Texas is using Hopin. Thank you for joining us and being a part of making virtual events better for a better world.